I attended the level 1 bread making course at Riotrye recently.  Riotrye is based in the Eco Village, Cloughjordan, Co.Tipperary and is run by Joe Fitzmaurice and Julie Lockett.  They specialise in baking sourdough and the emphasis is on natural products, organic flour and sustainability.  To involve you in the whole process and to get you thinking about sourdough you're encouraged to make your own starter about a week before you attend. The course ran from the civilised hours of 11am to 6pm, not a drill instructor in sight, and is aimed at the home baker.

So jar of starter tucked under the arm I entered the bakehouse.  My fellow enthusiasts trickled in and soon the eight of us were sat at our baking stations.  People were from a variety of backgrounds and attended for a plethora of reasons.  The first hour or so Joe introduced us to the differences between grains such as wheat and rye, he explained the importance of soil management and the link between the farmer and the food on…
Post a Comment
Read more

For Whom The Bell Tolls 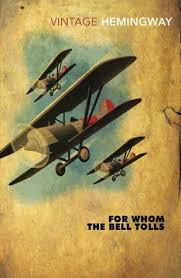 Ernest Hemingway -  Larger than life, Brash, Flamboyant, Womaniser, Bull runner. Drinker, Author, War Correspondent, Boor.
Following the success of his 1920s novels Hemingway profiled himself as the big game hunting, marlin landing he-man that he yearned to be.  Eight years after his last novel and on the receiving end of some less than complimentary reviews for his non fiction attempts, Hemingway appears a little irrelevant.  The Spanish Civil war changed that.  Hemingway loved Spain and its culture.  He saw the Nationalist coup as an assault on the country and its culture which he revered.  He also related easily to the young American volunteers.  He himself had been a Red Cross volunteer in WW1.
The Civil War allowed him to relive his youth safe from the combat of the front lines.  In Madrid he appeared in a faux khaki uniform.
In Adam Hochschilds "Spain in our Hearts" Lincoln Brigade Physician William Pike, who met Hemingway in Spain, is quoted as saying  "He was…
Post a Comment
Read more 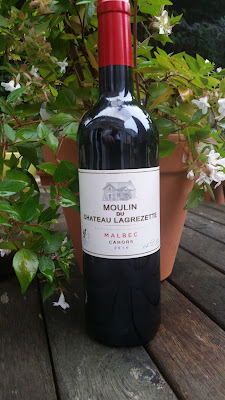 I picked up some of this wine recently.  Cahors is an Appelation d'origine controlee (AOC) in the south west of France.  It lies about 160km east of Bordeaux.  Under the AOC rules the wines are permitted to be a blend of native grapes, Malbec (min 70%) with Tannat and Merlot making up the balance.  The results are big beefy muscular black wines and this is no different, coming in at 14%. The wines are often aged in oak to soften the tannin and give the wines a rounder taste.  The good news continues with the three grape varieties being rich in healthy polyphenols.
On the nose this is a riot of red fruits.  Typical Malbec blackcurrants are dominant here while the Merlot lends it's full juicy character to the wine.  In the background the more austere Tannat brings structure and tannin to the party.  The oak aging has softened the wine and the result is a deep satisfying wine with a hearty warming presence and a long elegant finish.  You can drink this now or lay it down for th…
Post a Comment
Read more

Do Androids Dream of Electric Sheep 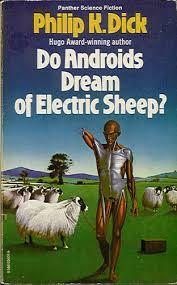 For those not in the know, like me, this is the book on which Ridley Scott set his 1982 cult classic movie, Blade Runner.  The book is set in the post apocalyptic future of 1992.  The world is destroyed, covered in a toxic dust and Mars is a colony and emigration destination.  Most animal life has been wiped out and owning a live animal is the ultimate social status.  The production of androids is the tech industry of its day and fortunes are to be made by supplying the emigrants with the latest models.  Supplied with intelligence but not empathy androids repeatedly escape the colonies and servitude to mingle with the humans back on earth.   It is bounty hunter Rick Deckard's job to "retire" or kill the escapees. Rick is unsure of his place in the world and is angst ridden over his lowly status.  On the roof of his building he keeps an electric sheep as a substitute to owning a real one.  Stressed by his insecurities and his dirty secret about his animal Rick lives on t…
Post a Comment
Read more 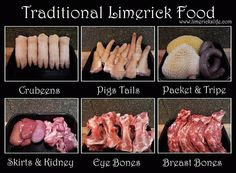 This is going to be a bit of a rant, and it's been coming for a while. Where have our traditional foods gone?  We have become food snobs, no longer eating the foods associated with leaner times.  We now seek out anything but Irish.  Even where the dishes do not exist in their associated country they're more acceptable, more available than Irish food.  Spaghetti Bolognese, Chicken Masala, Sweet & Sour, none of these exists "at home" but its better than eating Bacon & Cabbage.  Because we're richer now and more sophisticated and traditional foods are backward, yet we'll gladly eat what we consider to be traditional foods from other countries.
Not one Irish restaurant, to my knowledge, serves dishes like Skirts & Kidney, Ham Hocks, Eye Bones etc you may find these in a pub but not in a restaurant.  "Kiddies Meals" invariably consist of chicken nuggets or sausages that a vegan could eat given the lack of meat content.  Why have a kiddies me…
Post a Comment
Read more 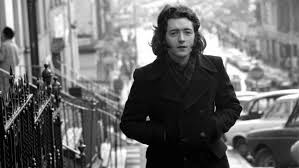 Around 1979 a friend loaned me a cassette tape of Rory Gallagher Irish Tour '74.  I nearly wore it out, he had to come looking for it back.  I was blown away by the sounds I heard.  It was my first taste of electric rock blues.  From Cradle Rock to Who's That Comin to Walk on Hot Coals to Too Much Alcohol I was hooked.  The music was fresh and grown up and the total opposite to the Punk era that was prevalent at the time.  Robert Johnson may have sold his sole to the devil but Rory Gallagher did his own deal in Ballyshannon.
In 1980 Rory Gallagher played what was then the Parkway Motel in Limerick.  Rory Gallagher. Live. In Limerick. And I was there.  I remember seeing him in the bar before the gig, just an ordinary guy mingling with the crowd. I have vague memories of the hall but no recollection of the gig other than I was in awe. I had to walk the 3 miles home but I hardly noticed. Saving whatever meagre pocket money I could scrounge I bought his Live in Europe album and th…
Post a Comment
Read more 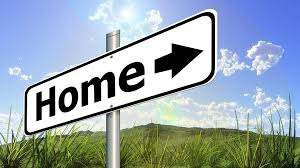 All good things come to an end, and so it was that we continued north to Brittany for a last night before the ferry back to Ireland.  Our last stand in France was to be in Carnac, signs for which I had passed many times but never visited.  En route to Carnac we stopped in Vannes to stretch the legs and have a nosey.  We arrived after 2pm and many cafes were closed or closing, someone from Bayonne must have rang ahead.  We had missing the national lunch time.  We found a creperie open and filled the gap.  Of all the foods that France is renown for the crepe must be the most pointless and overrated, still beggars can't be choosers.  A post lunch stroll took us down to the little port area, plenty of people sitting in the September sun enjoying themselves.  The only shops open were the tourist shops selling the same tat.  How many bowls with peoples first names on them do French shops sell in a year?  The central pedestrianised area of Vannes is very picturesque and quaint with clea…
Post a Comment
Read more
More posts